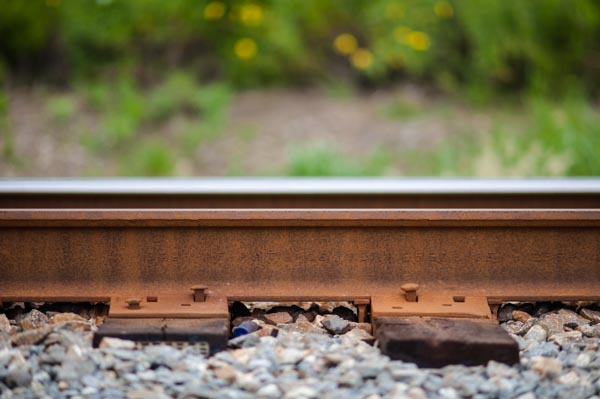 I went out to get some photos to finish up a project on Friday. Everyone dreams about golden hour and lens flair is hella trendy. But you know what I like even better? A nice, thick, coastal fog. No dumb shadows to get in the way. Soft, mellow whites. And deep, beautifully saturated colors. I mean, I know saturated colors aren’t exactly trendy either. But I love ’em. So fuck trends anyway.

You’ll get to see the photos from this project along with some words soon. This railroad track actually has nothing to do with it. I just happened to see it along the way. We have a lot of railroad tracks in coastal California.

If you need some comic relief, I highly recommend watching the video clip in this next one. It’s funny, and kind of endearing. Adam Sandler says he’s terrible at surfing. Then goes on to explain just what happened the last time he paddled out.

Click for the video, stay for some words about surfing Malibu and etiquette. Also, I have so gotten shut out at Malibu. But I can never resist the temptation to head down and try it once in a while. So dreamy, you crazy crowded right-hand point break place. So dreamy.

Also, some bikes. I went to Rally’s team training camp and I did the usual interviews. Training camp interviews can be really amazing. You have time, for one thing. You can sit there in the rental house on the rental couch and really talk to someone. But there is a certain same-ness to the narrative. The beginning of a new season is always hopeful. The athletes you talk to, they have goals and plans. They all want to be better than last year.

To find a way to make each story distinctive and to find a way to illuminate the individual becomes the challenge of these things. For this story, I sat at the kitchen counter as Matteo Dal-Cin made dinner for his teammates.

I’m heading out to the desert this week. I’m taking a film camera which is going to be so weird. I don’t really do film? But I guess now I do. Also, I’m taking Edward Abbey and John McPhee. I’m supposed to ride bikes out there, too. That’s a lot of things.